BAJA 1000 and perseverance, can’t have one without the other. We here at DaVinciTech are proud of our CEO Cort Smith for finishing what is considered to be the most grueling off road race in the world - the BAJA 1000.

His journey was amazing, what follows is a brief look into those incredible moments.

Founded by Ed Pearlman in 1967, this race was originally dubbed the NORRA Mexican 1000 Rally.

Now known as the BAJA 1000, this race has seen celebrities, racing industry elites, and competitors from all over the world compete for the penultimate off-roading prize.

Our race class is the Pro Moto 30, our team is 324x Kris Regentin, and the track is 1000 miles of unrelenting terrain most humans have only seen in movies!

The BAJA 1000 has a time limit, just 34 hours to finish this epic race! Racing at night highlights some of the many dangers Cort and team faced; pitch black surroundings, freezing temperatures, and hungry wildlife were just a few of the stressors. But, the scariest condition is one many wouldn’t think exists - Trophy Trucks. Yes, Trophy Trucks… fast as hell desert destroyers that sound like a freight train - heading directly at you… and the drivers most likely won't see you! Cort says “It’s as if they’re hunting you! Far scarier than the coyotes!”

Imagine a rider breaking down in the middle of the dessert at 10:30 at night! It’s like an episode of Survivor… a fire needs to be made, safety needs to be assured…but the main focus for these insane competitors... THE BIKE!!! 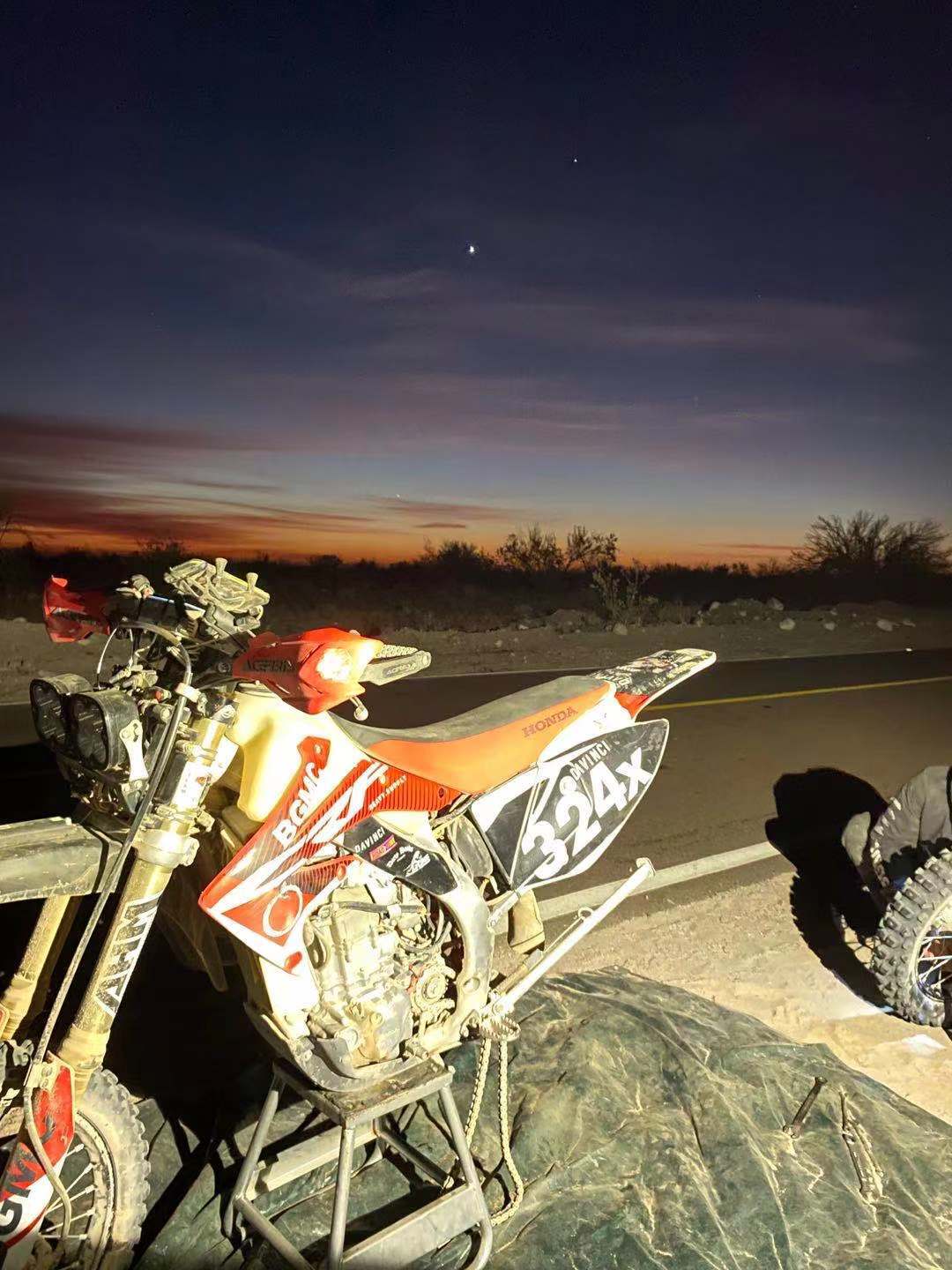 Since the objective is to finish the race, when a rear sprocket gets bent you have no choice but to fix it, and fast! That’s a huge fix, in the pitch black – freezing cold desert while Trophy Trucks go screaming by! Only in the BAJA 1000!

This race is a beast. It has taken lives, fulfilled bucket list wishes, and amazed millions with its breathtaking vistas and changing terrain. The race also provides many Baja residents with their only source of tourism and entertainment.

Even during a pandemic, the racers and teams were always well taken care of thanks to the hospitality of the locals.

Finishing the BAJA 1000 this year was a lifelong dream for DaVinciTech CEO, Cort Smith. With the support of the DaVinciTech team, and the amazing 324X crew, Cort dug deep and relied on the DaVinciTech mindset of innovation, courage, and determination. Bucket list item #41 - Check!

We hope that this story of perseverance inspires you as it has us.